Photos of medallions I am making. Most of them will be very limited editions. 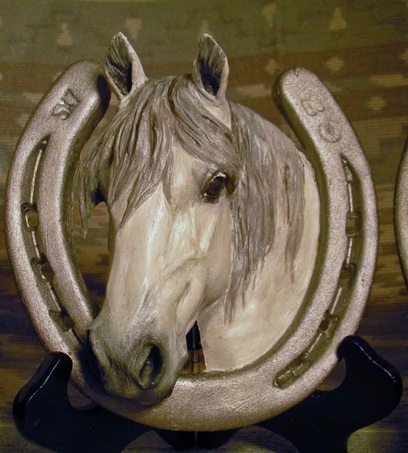 This is the Bueno medallion. This was sculpted as a present for my friend and is a portrait of her Paso Fino gelding, Bueno Montana de Espinoza.
This is limited to 5 copies. 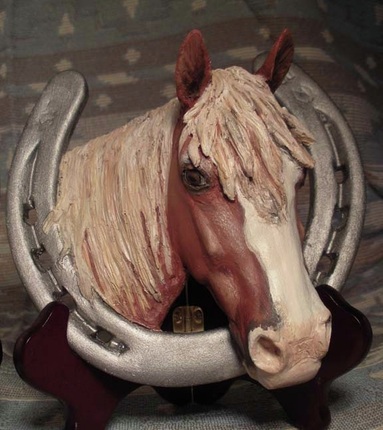 This medallion is Tario, a portrait of Paso Fino gelding Dignitario RRR.
This is a limited edition of 5. 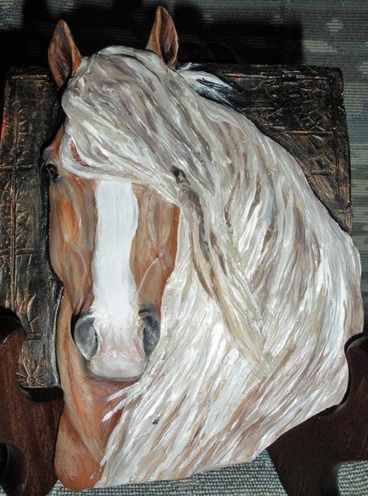 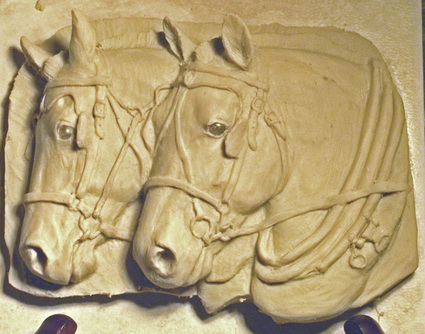 This is the second version of the drafters medallion. I felt that it needed to be a little thicker than it was, so I made a few changes. This should be the final version.
Edition of 5-10 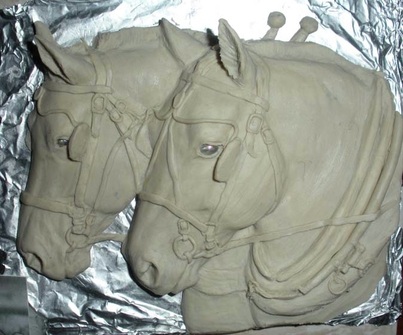 You can see there aren't many changes made to the second version. Only one copy of this version was released. 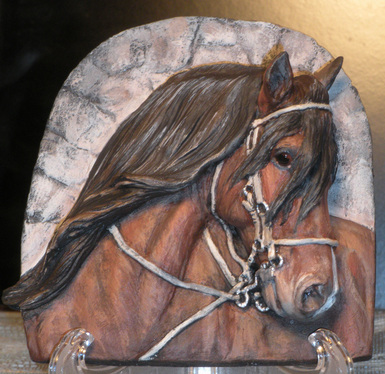 This is my newest medallion. Also a Paso Fino, I am hoping that it is generic enough that it can be painted to match a favorite horse. This painted copy was a donation to the Paso Fino Urgent Rescue, and was won by Mary Berg. She had me paint it to match her mare. 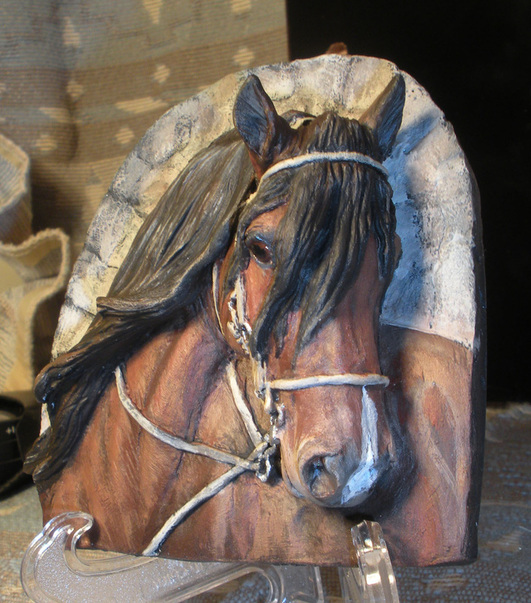 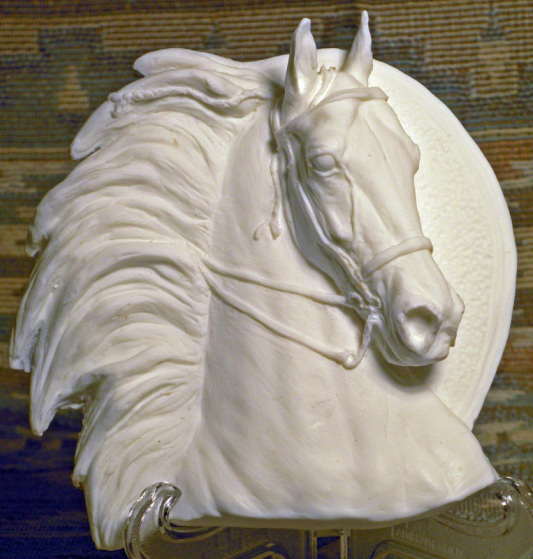 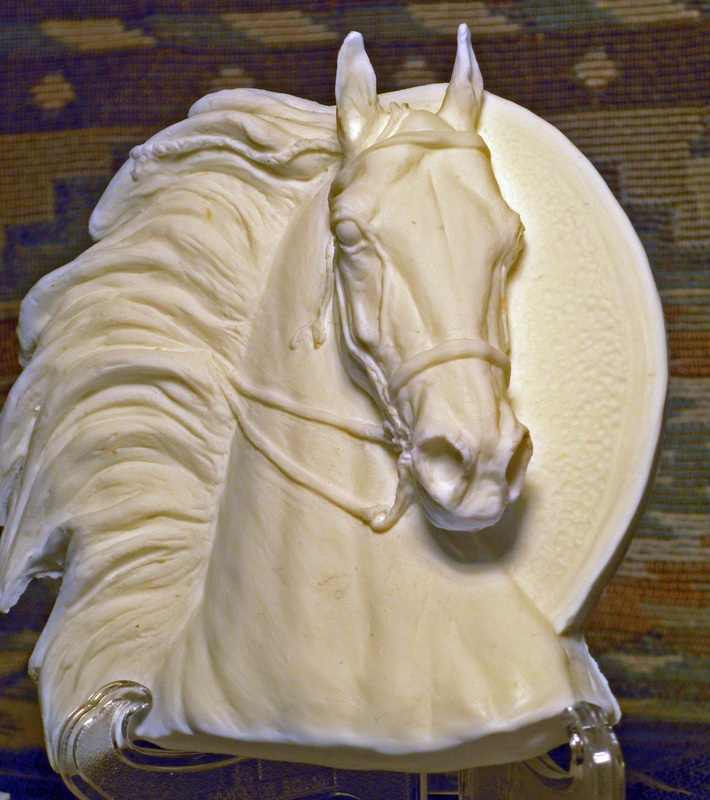 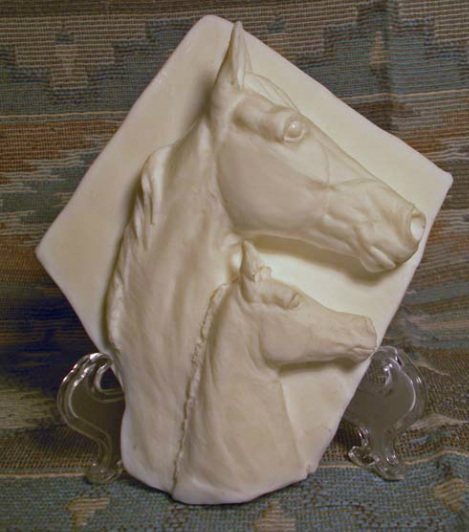